The project was appointed to Fileturn at short notice and we were given only four weeks to complete the entire fit-out of the new unit. Our team worked day and night, seven days a week to ensure the project was finished with plenty of time before the Mayor of London officially opened of the shopping centre.

The small unit of 100 sq. m was open to the mall on one elevation, with bespoke display shelving on the other three elevations, produced by Fileturn’s joinery contractors. The design consisted of a central island kitchen unit that was supplied by Denton’s Catering and the extract duct work by Chapman Ventilation. A large amount of bamboo and slate has been used within the fit-out to create the Japanese theme. 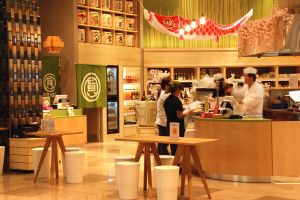 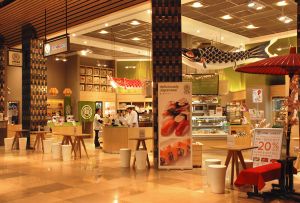 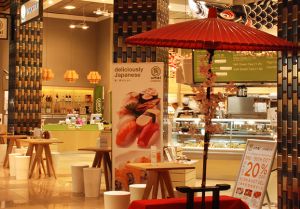 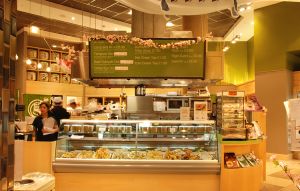 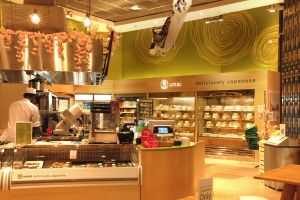