The Kensington Park Hotel is soaked in history and was declared as an "asset of the community" by the Kensington and Chelsea Council. The historic pub had been previously threatened with closure, however, following a high-profile campaign by Eddie Izzard and Cerys Matthews, it was saved.

Fileturn was commissioned by Barts Pubs Ltd., to refurbish all 3 floors to reinvigorate life back into the building following its 2-year closure. There was also a need to refurbish the basement which included lowering the floor by 0.5 metres to accommodate the new equipment required for the bar, such as a chiller room for wine and beer storage. As well as a hydraulic hoist system and access to the cellar from the road.

The client insisted the building remained a 'locals pub' so we were careful to install a new traditional wooden bar area accompanied by warming glass fire screens to ensure it kept its traditional feel.

A fully furnished 100-seater restaurant was created on the second floor that centres around a refurbished feature fireplace.

In addition to the restaurant, a full kitchen area was created in conjunction with a pot washing area.

The 2nd floor was kept as a hotel, with 6 new rooms being formed and created. Fileturn installed a 'silent floor' in order to reduce the noise from the bar and restaurant to allow residents to not be disturbed by the guests below.

We worked in close partnership with the client to ensure that the building retained its traditional complexion whilst promoting a clean modern look. 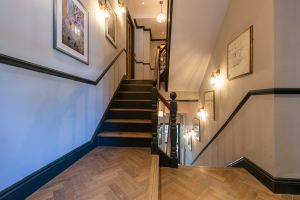 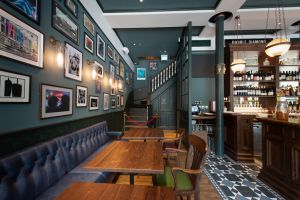 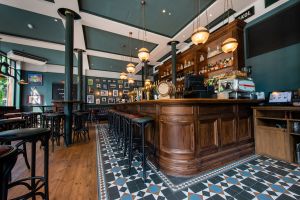 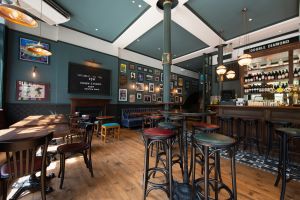 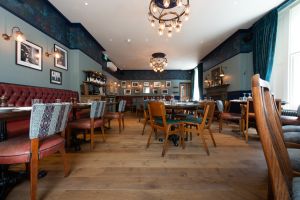 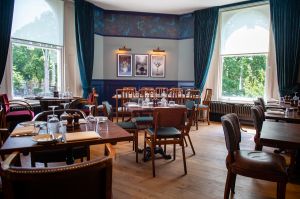 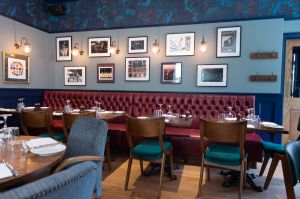 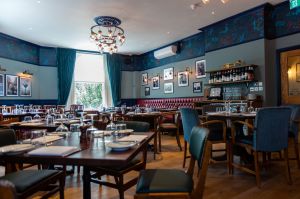 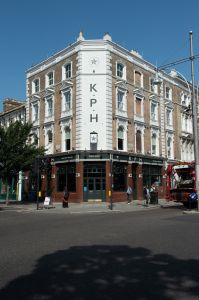